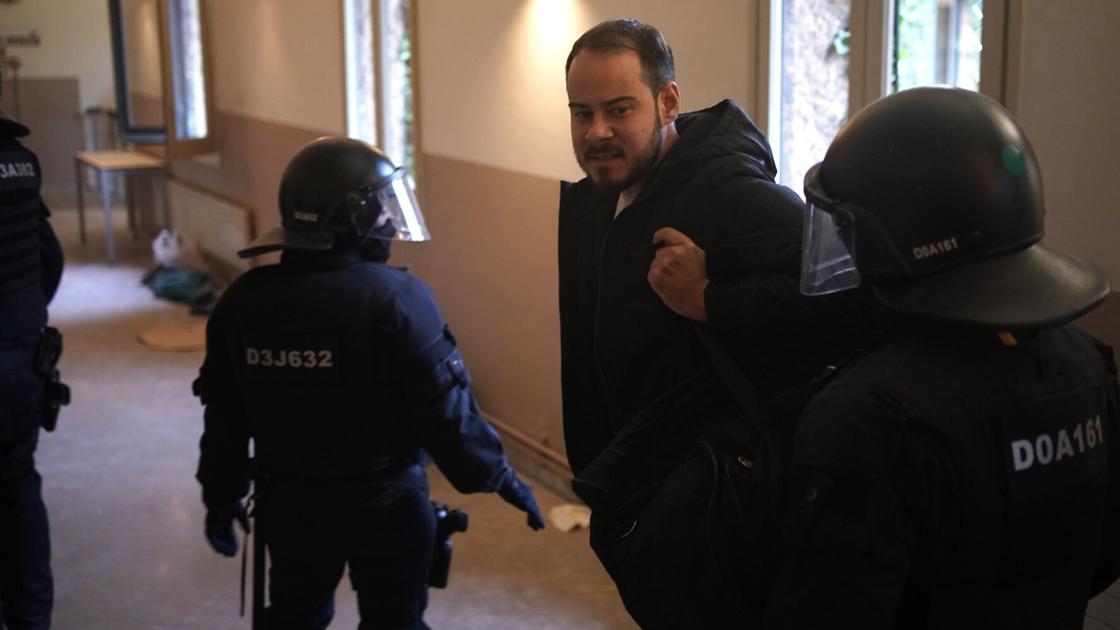 “I’m not going to let you tell me what to think, feel or say,” Hasél told The Associated Press late Monday. “This gives me an additional incentive to keep writing the same songs.”

Jordi Dalmau, chief of the Mossos d’Esquadara police for western Catalonia, said Hasél’s arrest, during which the barricades of desks and benches blocking the entrance to the building were dismantled, was carried out “normally” and the activists did not resist. The rapper had refused to voluntarily respond to a subpoena last week to go to jail.

Before he was thrown into a police car, he called out to the followers: “Death to the fascist state!”

Over 200 artists, including film director Pedro Almodóvar and actor Javier Bardem, signed a petition last week in support of the rapper. Amnesty International found that Hasel’s case was the latest in a series of trials against artists and social media personalities under the Conservative Government’s 2015 Public Safety Act.

Valtònyc, another rapper convicted in 2018 on similar grounds, fled to Belgium, where judicial authorities have denied Spain’s extradition request. Other recent cases involved puppeteers providing political satire and bloggers joking about the assassination of General Francisco Franco’s authoritarian regime between 1939 and 1975.

The Spanish government’s proposal at the eleventh hour to amend the penal code according to the law is rejected by the conservative and far-right opposition.