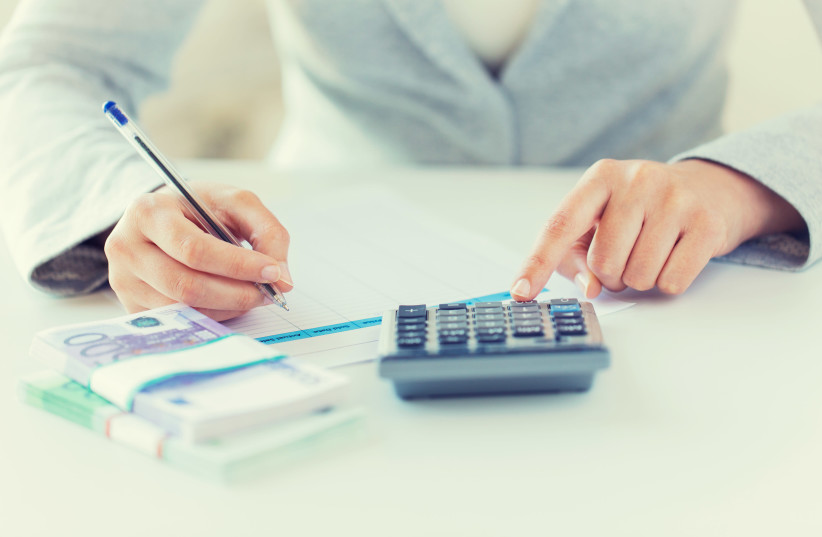 Humility is the real key to success. Successful people sometimes get lost. They often hug and indulge each other with the fruits of success. Humility stops this arrogance and complacent trap. Humble people share the credit and wealth, stay focused and hungry to continue on the path of success. “Rick Pitino

Earlier this week there was a single winner in the Israeli lottery who took home approximately NIS 48 million after tax. The unknown winner said he plans to quit his job, buy apartments for his children and go on a trip with his wife. I’m not here to judge anyone but I wish them all the best and hope they don’t face the same problems as many lottery winners who have no real plan and end up blowing the money.

In this week Torah Portion, BahalotechaWe read about the command to light the menorah. The Lord said to Moses, saying, Speak to Aaron, and say to him, When you light the lamps, the seven lamps will shine their light on the face of the menorah. Aharon did it; he lit the lamps on the face of the menorah, as the Lord Moses commanded. ”- Bamidbar 8: 1-3. On this verse Rashi comments: “This shows Aharon’s virtue that he has not changed from God’s commandment.”

As I have written in the past, the question is whether God commands someone to do something, it goes without saying that he will obey the command as received without making any changes. What makes what Aharon did so special? The Sefat Emet suggests that the praise of “he has not changed” refers to the enthusiasm and love for which Aharon appeared in the daily execution of the command. After all, we all know that when something becomes part of the routine, we tend to go through the motions. Not Aharon, he showed the same excitement as if it were the very first time he had lit the menorah.

Rabbi Meir of Premishlan gives a different answer. He says that the verse “he has not changed” pays homage to Aharon’s humility. He never let his position change his personality. He was the high priest; His daily work included the most sacred work in the Mishkan (portable sanctuary). Nevertheless, he remained authentically true to himself and as grounded as ever. He didn’t let his success get inside his head, hence Rashi’s explanation: “He hasn’t changed.”

I recently spoke to a woman who has come into a very great inheritance. She has a large family and wanted to help every child buy an apartment. You do not buy them an apartment, but help with part of the down payment. As is so often the case, a few cousins ​​and nephews showed up with business ideas to fund. After never getting a call from the bank, she suddenly felt like the customer of the month with all the attention she was getting. She told me that since she is now considered “rich,” she feels that she is being treated differently and more importantly than before her inheritance was received. She called me for advice. She was well aware of what was happening and didn’t want to change. She was very down to earth and said that she still wants to instill the value of hard work on her kids and doesn’t want to give them everything they ask for. She doesn’t want to fund crazy business ideas and she just wanted to get on with her life as it was before she inherited the money.

What can be done

If you are making a lot of money, take a deep breath and wait a few months before making any financial decisions. With a pen and paper, sit down and list the things you want the money to accomplish. After a month or two, do the same exercise and see if there have been any changes. Then you should sit down with a financial advisor to discuss these goals. The finance professional has experience with these topics and can help you focus on the ground and focus on what to do with the money.

Do not forget charity. With all of my experiences in the financial industry, the best way to stay on your feet is by doing charity. In an article for Chabad.org on the magnitude of charity, Malkie Janowski wrote: “The majority of people spend most of their day making money to maintain or improve their standard of living. When a person sets aside some of this money and gives it to charity, he is not just sanctifying his food, other possessions, or mental faculties. he’s giving up something he’s invested all of himself in, for God’s sake. It is an incredible feat and you do it every time you give zedaka (charity). “

Be like Aharon the priest. Don’t let sudden wealth change you.

The information contained in this article reflects the views of the author and is not necessarily the opinion of Portfolio Resources Group, Inc. or its affiliates.

Aaron Katsman is the author of Retirement GPS: How to Navigate Global Investing to a Safe Financial Future. www.gpsinvestor.com; aaron@lighthousecapital.co.il