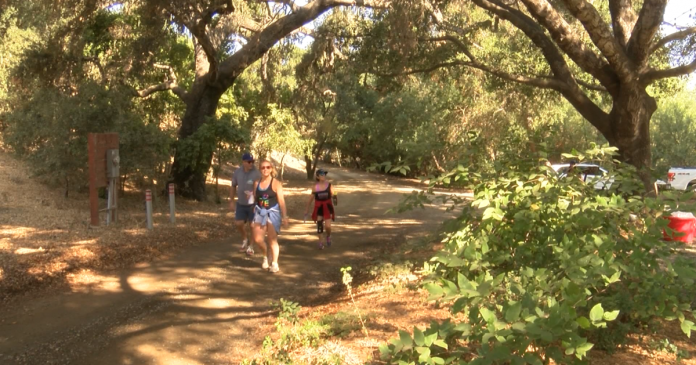 On Saturday, the Alma Rosa winery near Buellton held its annual fundraiser, “Peace of Mind: 10,000 Steps in the Right Direction”.

This 4.5 mile walk is aimed to raise funds for mental health awareness. The funds will go to One Mind and the Mental Wellness Center in Santa Barbara.

Last year, despite the virtual event, the charity event was successful, with the winery raising over $ 140,000 for the two charity partners.

Cindy Dyar, Operations Director of One Mind, described the event as wonderful.

“10,000 steps later, up and down, through beautiful hills,” said Dyar, “supporting the cause and running on a beautiful day was so much fun.”

The Saturday fundraiser was held in person at the winery’s winery and included tastings and a Q&A with mental health representatives.

According to the organizers, around 160 people took part in the walk that led them through the winery.

Attending the event included a donation of $ 50 per person.

Homelessness, psychological well being high residents’ want checklist for find out how to spend COVID-19 reduction cash – The Durango Herald

Slabway Spa Shiatsu Foot Massager – Is it Worth it?