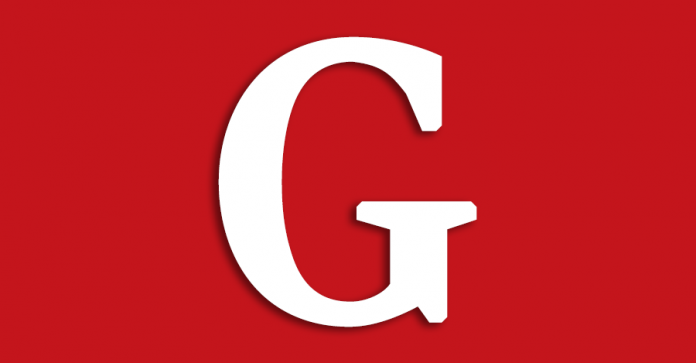 The following contains major spoilers from the seventh and final episode of “Mare of Easttown”.

When HBO’s crime drama “Mare of Easttown” hit the zeitgeist in the past few weeks, columnist and cultural critic Mary McNamara and staffer Meredith Blake exchanged thoughts on Det’s death. Colin Zabel (Evan Peters) in Episode 5 and Theories About Who Killed Erin McMenamin (Cailee Spaeny) after the cliffhanger of Episode 6, the couple collapses the series’ breathtaking conclusion.

Mary McNamara: I’m not going to say I told you, but I told you and I have the Slack news to prove it. We are sorry. I just had to say that.

I went into this finale with three expectations: The murder of Erin McMenamin would be solved. It wouldn’t be who we were led to believe it was (quite a neat trick given that so many characters had been portrayed as likely suspects over the course of the show). The reveal would take a lot of explanation and would likely force viewers to choose between the surprise and the show. So many series are so keen to get a shocking reveal that the final episode feels more like a narrative magic trick than an actual resolution of the events that preceded it.

Amazingly, this was not the case in “Mare of Easttown”. The show has played all along with the dangers of assuming familiarity equals understanding. Mare (Kate Winslet) is initially portrayed as the classic, down-to-earth policewoman, if not world-weary, then Easttown-weary: she thinks she knows what’s going on with Betty Carroll and her worries about a juvenile creeper; with Dawn’s (Enid Graham) missing daughter, whom Mare believes is dead; with Zabel’s abilities and feelings towards her; with her own mental health after her son’s suicide. Alongside her, we explored the endless list of possible suspects in Erin’s murder – her ex-boyfriend, his current girlfriend, Erin’s father, Mare’s ex-husband, the over-involved priest, and Billy as we made our way through the penultimate episode Ross (Robbie Tann) or John Ross (Joe Tippett) embark on the most menacing fishing expedition since Neri brought Fredo to Lake Tahoe.

Time and again, Mare discovered that there were a lot of things she didn’t know about the people she grew up with and the city she’d never left, and again and again she had to be reminded that she wasn’t “Mare of Easttown ”. She was Det. Sgt. Mare Sheehan from Easttown.

To be honest, there have been many times when I’ve just wished Frances McDormand’s Marge Gunderson would show up and say, “I’m not sure I totally agree with you about your policing there, Mare,” but then it’s Marge an incredibly high standard.

And Mare got there in the end. (Please note that I’ve given readers enough time to get bail so they don’t yell, “Spoilers!”)

The revelation that Ryan Ross (Cameron Mann) killed Erin was a plot that made both logistical and thematic sense. (It also requires Guy Pearce get a newly created Emmy for “Most Effective Red Herring in a Limited Series or TV Movie.” Seriously? He was just there to cast a spell with Mare?) The show was about Family, about the bonds between parents and children, both how strong and how distorted they can become. While I wasn’t thrilled with the obvious twist tip from Mare who ended the showdown on the fishing trip so quickly – she and I both asked, “Um, we’re only five minutes in so … obviously this isn’t that Case Answer “- I felt the episode had regained its pace, giving us both narrative surprise and emotional closure. What did you think?

Meredith Blake: You can say, “I told you” because you actually told me! Perhaps you should take your resume to Easttown PD. I hear you are a detective. (Sorry too early?)

You’ve been calling it all along: it was Ryan, Lori’s son, and it turned out that the ferretic-looking intruder, Mare, was asked to do some research at the Carroll’s house as early as the first scene of the series.

On the other hand, I was wrong about John, and Richard in particular, and I owe an excuse to him and the struggling writers who have become the world’s creative writing professors: They are not psychopaths. At least not all of you.

Like you, Mare, I was ultimately impressed with how well Brad Ingelsby and Craig Zobel weathered the landing and sparked a surprise (or half-surprise) that didn’t just feel like a cheap gimmick – one the series arguably provided by providing The deal tied together many of the themes that seeped beneath the surface over the past six weeks, and most importantly, gave Julianne Nicholson and Kate Winslet an opportunity to really chew the scenery together.

If John had been the killer, as seemed to be the case about 2.5 seconds after this episode, then we’d have a very unsatisfactory turn – it wasn’t the one sketchy brother, it was the other! – an hour of airtime and a show that is mostly about creepy older men and the damage they do (although that’s still there). Instead, “Mare of Easttown” becomes a more complicated story about how our families and communities can both support and destroy us.

Ultimately, as you say, the show is so much about the bond between parents and their children. I would go a step further and say it is about the desperate and even self-destructive efforts people will make to protect their loved ones – or at least keep their families intact – and the fear and guilt of falling short come. Ryan steals Mr. Carroll’s gun and whips it at Erin to save his parents’ marriage. Then Lori lies to her best friend and drops her husband for murder to protect her son. We got a smaller taste of it when Mare was drugging Carrie, an act that may have been over the top but thematically coincident with the rest of the show.

I appreciated the elegant way the episode played out, with several softly played but powerful moments of emotional dissolution – particularly the “Forgive Yourself” scene between Mare and Helen – that led to the inevitable final twist, and like Ingelsby the Complete circle by bringing us back to Mr. Carroll’s house for the big reveal. (Here I am bragging about my vague assumption that the Rodent-Faced Intruder subplot would lead somewhere. Though I have to ask, does Ryan really look like a ferret?)

While I have a few more questions – just who was that Winston-smoking sneak who kidnapped all these girls? How do you say Erin’s last name again? Would Siobhan (Angourie Rice) have gotten into UC Berkeley from the state that easily? – The core secret has been solved. And on the one hand I found the solution … surprisingly satisfactory?

The-kid-did-it twist is possibly too much and I’m sure some will fight it, but it worked for me. Did you have any problems with that? Do you think viewers will be mad at the end of “Mare” like they did with “The Undoing”?

McNamara: I’d love to see the supporting characters from “Mare” and “The Undoing” side by side – Winslet definitely got the short end of the coat allowance. I think the ending was surprising enough and made enough narrative sense that everyone should be happy with it. Julianne Nicholson was just great at all of the extremely challenging scenes she had – the excruciating farewell scene with Ryan, the angry exchange with Mare, then her miraculous breakdown into a pieta pose with Mare. The show may belong to Winslet, but Nicholson owned the finals and if she doesn’t win an Emmy, Emmys makes no sense.

In many ways, “Mare” was a good old-fashioned “mansion” puzzle, with an admirable number of red pegs and subplots to keep the detectives busy and the audience wondering what was and what wasn’t. The ease with which Siobhan slipped into Berkeley – as an out of state student! – not to mention the family’s ability to afford it (again as an out of state student!) was no doubt hotter than Inglesby intended (with the UC again promising to let more California kids in, the timing was pretty awful). I’ve often felt like Siobhan was on a completely different show, and I’m not sure what Mare is up to in terms of childcare now that she’s gone, but her subplot, like Helen’s Manhattan parties, has the show kept from getting too gloomy.

I wish we had followed the Winston-smoking rapist. In the end, he was a lot more of a villain than poor old Ryan and everyone who covered for him, although I appreciated the fact that no one gently pedaled the shooting as an “accident” and I hope they are serves as an accident reminder to all handgun owners to lock up their guns. I also feel like we never got a full picture of Erin, who had a lot of relationships with older men but somehow disappeared into the anonymity of the body in the library after the first episode.

What I love most is American television, which is adopting the British model of engaging A-listers in crime fiction. In the UK it feels like a condition of employment – if you become a famous actor, at some point in your career you will play a detective. I think “Mare” proves why that is; As crime fans know, you really can’t beat a good Whodunnit.

Blake: Oooh, I love the idea of ​​”Mare” as an American Rust Belt version of a mansion mystery, only that instead of an 18th century estate, it was a split-level 1972 mansion in suburbs Philadelphia acts. (If you suspected it was Ryan in Brandywine Park with the antique detective gun, you win!) Speaking of which … I’ll say I was a little bothered by all of the stray guns loaded in this episode. They seemed crammed into every random tackle box and backyard shed in Easttown. I know it’s Pennsylvania, but come on!

But your take on the British TV model makes me wonder one thing: HBO has a track record of star-studded limited series that are ultimately not that limited. I’m sure there will be speculation about a possible sequel to “Mare of Easttown” given its popularity, recognition, and likely Emmy nominations. And it seems like the door has stayed a little ajar. It’s about Mr. Winston Smoker and Mare’s not fully resolved relationship with Richard, who was quickly deposed to teach at Bates College. As Stephen King and Jessica Fletcher can both tell you, small town Maine is a great place for murder, intrigue, and tricky regional accents. Sign me up.

Human Condiiton: Being a mother is the world’s hardest job |...