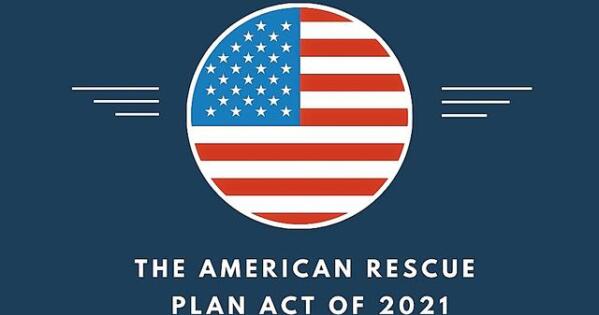 With a string of heavy spending and $ 7.6 million in American Rescue Plan (ARP) funds pending disbursement, the Board of Selectmen initiated a discussion on the possible use of the money on 4 selection meetings on Sept. 20.

Treasury director Robert Tait said the ARP paid out $ 1.56 billion to counties and cities and $ 3.93 billion to residents across the country. Of the $ 7.6 million in money, the city received half or $ 3.8 million this year and the other half will be available next year.

First Selectman Dan Rosenthal said that while the city is not required to provide formal funding for the issuance of ARP funds, he felt it would be better to follow the charter process in allocating the funds. Rosenthal thought it would create a paper trail in case the federal government questions how Newtown used the funds and show taxpayers how those funds were used.

“I think we should do this for the sake of transparency,” said Rosenthal. “That’s the most sensible thing, so everything is recorded. That’s the best way. “

Rosenthal felt that one of the better uses for the funding was the Hawley HVAC project, which along with expected ties will be funded in part by a school board surplus. Using the grant for something that would otherwise bind the city would save the city money in interest. Rosenthal said it was important for voters to know how much of the project would be paid for using the grant if asked for project approval in November.

“Using this will save us on retention costs – it’s a smart financial decision,” said Selectman Jeff Capeci.

If voters don’t approve of the Hawley Project, ARP funds can be used elsewhere. Rosenthal said it was “important to get the ball rolling” on how much to spend on the Hawley Project so it can go through the Finance Committee and Legislative Council in time to vote on November 2nd election day Voters to come.

The city has until December 21, 2024 to allocate funds from the payout and spend an additional year thereafter. According to the U.S. Treasury Department, ARP funds from the city can be used to:

* Replace lost public sector revenue by using these funds to provide government services to the extent that revenue has declined due to the pandemic.

* Provision of bonus payments for key workers and additional support for those who have and will bear the greatest health risks as a result of their service in critical infrastructure sectors.

“Within these overall categories, beneficiaries have great flexibility in deciding how best to use these funds to meet the needs of their communities,” the Treasury Department said on the website.

Rosenthal noted that the ARP requires that anything that funds are used for is not a “recurring item” – for example, a new position with a salary would not be an approved use of the money. All recurring items would have to be financed from the normal operating budget of the city in the coming years. In addition, ARP funding cannot be applied directly to budget as revenue to directly lower the milling rate.

Rosenthal said all police cruisers have cameras, but the current ones are “starting to fail”.

“If we do some of these things with ARP funds, the operating budget is relieved,” said Rosenthal.

Other ideas included a terrace in the Community Center, a campus bike park in Fairfield Hills and a renovation of the Dickinson Park Pavilion for the Parks & Recreation Department.

“Those are a few ideas, there are sure to be more”, says Rosenthal.

The possibility of providing some form of grants to companies harmed by COVID-19 was also mentioned, but Rosenthal said this was a “management challenge”.

“What money do we give a company?” Asked Rosenthal. “How do we do this to maintain confidentiality, how do we not miss any people? I think it’s noble, but how do you do it in a fair way? “

Because of this, Rosenthal said he believed it was “better to do things that take the sting out of the mill rate”.

Rosenthal said it was best to use the ARP funds on items that will definitely end up in the operating budget, such as the police cameras, rather than on “wishlist items.”

“If the [federal] The government is shooting something, I don’t want to say: ‘Well, shoot, we wouldn’t have done that without the extra money,’ ”said Rosenthal.

Capeci said he wanted to “weigh the compromises,” and Rosenthal said he would continue to discuss the funds with Tait to “examine different scenarios and what the tie-up costs would look like”.

Reporter Jim Taylor can be reached at jim@thebee.com.