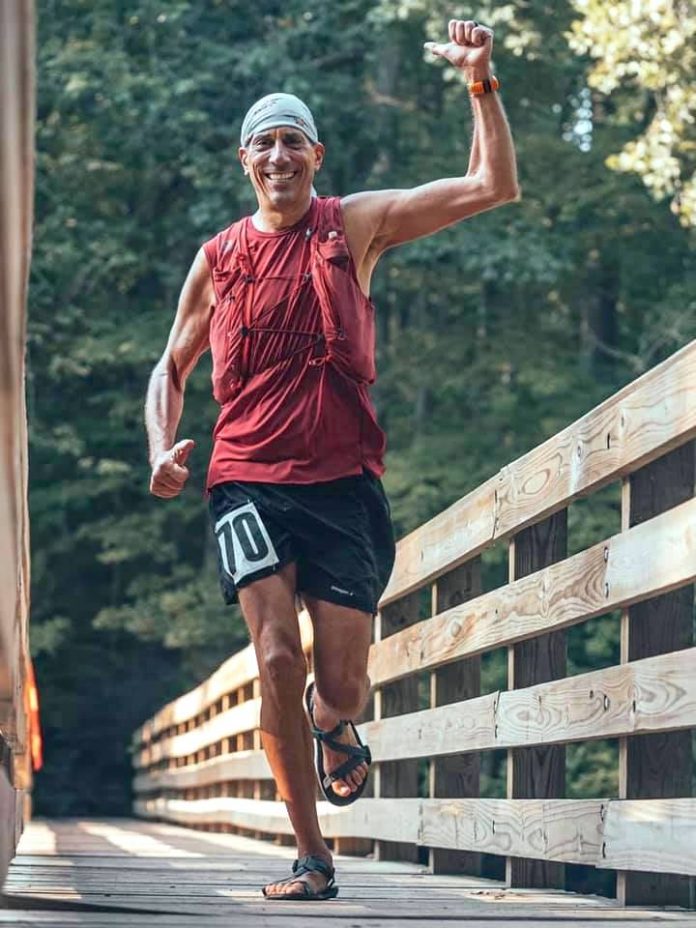 BEAVERCREEK, Ohio (WDTN) – In 2004 Beavercreek’s father, Randy Kreill, was diagnosed with an aggressive form of thyroid cancer. He was 42 years old at the time and wanted to take control of his health.

“Instead of being scared of something I didn’t want, I turned around to focus on something I wanted that was positive,” he explained.

Kreill discovered and read “Born to run”A book detailing how the Tarahumara Indians used a plant-based diet and lifestyle based on walking barefoot to stay healthy and complete.

In 2020, two global events prompted him to take his running to the next level.

When the coronavirus pandemic first started, Kriell said he saw so many people in need in his community.

“So many people were unemployed, people were starving … so I thought maybe I could do my 100 mile run and raise money for the food bank here in Dayton,” he said.

On that first attempt, he ran from Beavercreek to Loveland Ohio and back … more than 100 miles in total. He raised more than $ 1,500.

Then, after George Floyd’s death in Minneapolis and subsequent protests and rallies, his daughters inspired him to do another race. This time he ran from Beavercreek to the National Underground Railroad Freedom Center in Cincinnati. He again raised more than $ 1,500 to donate to the NAACP’s Legal Defense Fund.

Through his racing and humanity, Kriell continues to heal his body from cancer. He feels in top form and wants to keep running for many years to come. He also hopes to inspire others to adopt healthy lifestyles and live well.

“I hope it never ends when I can take on these adventures and ask my body to do crazy things,” he said.

7 methods to economize for a home