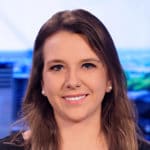 LEXINGTON, Ky. (WTVQ) – On Saturday, car owners from unconventional to chic drove to a special-purpose auto show at the new American Legion Post 313.

Wicked Ways Car Club presented itself with the American Legion Riders. About 60 cars were exhibited. The money raised went to the American Legion Post 313 in Lexington. Organizers say they put this event together to help them move from their old post on New Circle Road to Bryan Station Road. Shannon Steenvergen, the president of the Wicked Ways Car Club, says there is still work to be done to accommodate these veterans.

“The floor has to be finished. Rent has to be paid Electricity has to be paid .. Exchanged utilities via exchange of licenses for anything they might have to raise and use money for which we hope to be able to help, ”says Steenvergen.

The auto show offered prizes for the best in show for modern and classic cars, as well as an audience award.