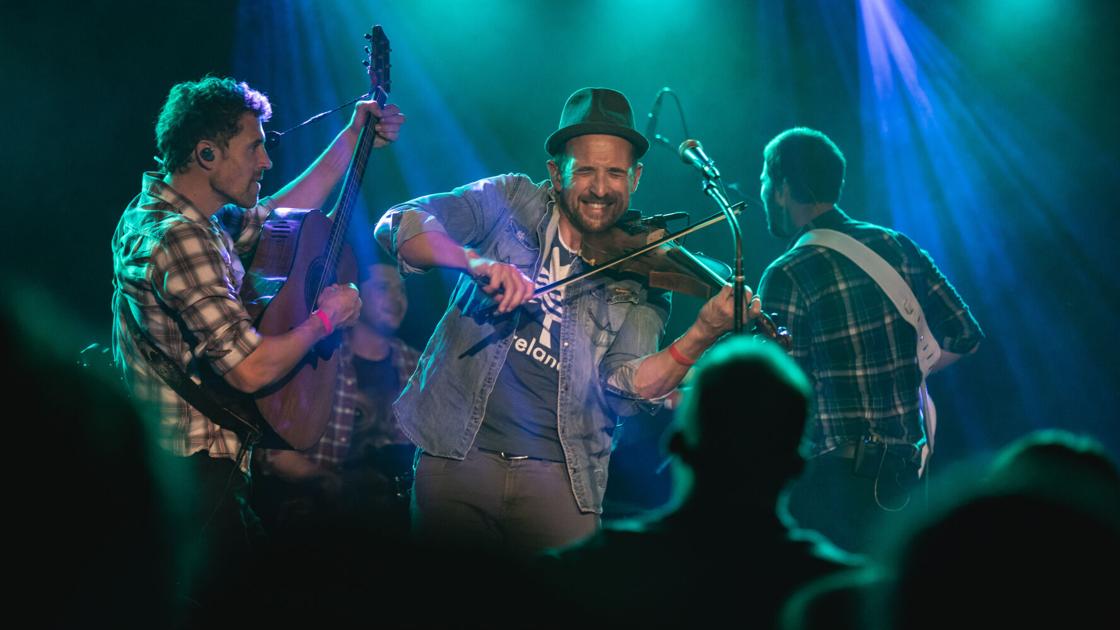 In a normal year, the members of the band Scythian would play around 90 shows, which means they were out and about between 160 and 200 days.

That stopped when the COVID-19 pandemic hit the United States in March 2020.

All of the band’s shows were canceled on March 14th, but Dan Fedoryka, who founded Scythian with his brother Alexander, had an idea: they should stream live on St. Patrick’s Day.

“I ordered the equipment and luckily I got some before it was all sold out,” said Fedoryka.

At the same time, the band was also crowdfunding their album and had to raise $ 7,000 in three days to achieve their goal. The results have been encouraging. The band’s stream garnered more than 50,000 views and their fans provided a total of $ 14,000.

Scythian decided to run “Quaranstreams” every two weeks to connect directly with their fans and offer some comfort to people during the outbreak. They also asked festivals and music events across the country to post their shows on their social media platforms.

The members of Scythian are among a wide variety of musicians in the United States who turned to alternative channels to connect with audiences and survive the pandemic.

The band will play a show at Down Home on Saturday July 10th as part of the release of their new CD Roots & Stones. The show has limited capacity and if it sells out a second show will be added.

Scythian has performed frequently at Bristol’s Rhythm & Roots and has played twice at the Blue Plum Festival.

In the first three months of their Quaranstreams, the band averaged about 40,000 views per stream, and in more than 30 streams, Scythian garnered more than 600,000 views. During this time it survived from Venmo tips and merchandise orders.

“We would take apart my living room, clear everything out of my living room and do a seven-camera shoot with lights, fog, smoke machine and full sound,” said Fedoryka.

The band also made their own satirical commercials and turned the streams into a variety show.

“We basically produced a show every two weeks,” he said.

Like many other industries, COVID-19 has devastated the music world. Venues were permanently closed and bands hung up their instruments.

Tyrique Shahmir, a hip-hop artist from Johnson City, was preparing for a tour ahead of the pandemic and said he was about to sign with a record label.

“Due to COVID and the lack of tours and travel, I deviated from it and decided to continue on the independent path,” said Shahmir.

Shahmir said he does an average of 25 to 30 shows a year, but COVID-19 has slowed that down.

Shahmir also turned to livestreams during the pandemic.

“It definitely opened my eyes to the fact that there are so many different ways and opportunities to introduce your music to people,” he said.

During the pandemic, Shahmir also worked on an album called “Eastside Misfit,” which will be released on August 20th. On July 20th he will release an EP “In Between a Gray Area”.

Fedoryka added that it is not yet known whether many music events will survive the pandemic. After so many months of isolation and quarantine, he hopes people will want to find an outlet.

The Down Home, he said, is taking lingering fears of COVID-19 seriously and is hosting Scythian’s show at half capacity.

The community that emerged from the band’s quaran streams, Fedoryka said, has endured. Now when the band does CD release shows, people already know the words to the songs. The participants know each other from the live streams and see each other personally for the first time.

“It’s really something that has never been there,” said Fedoryka.