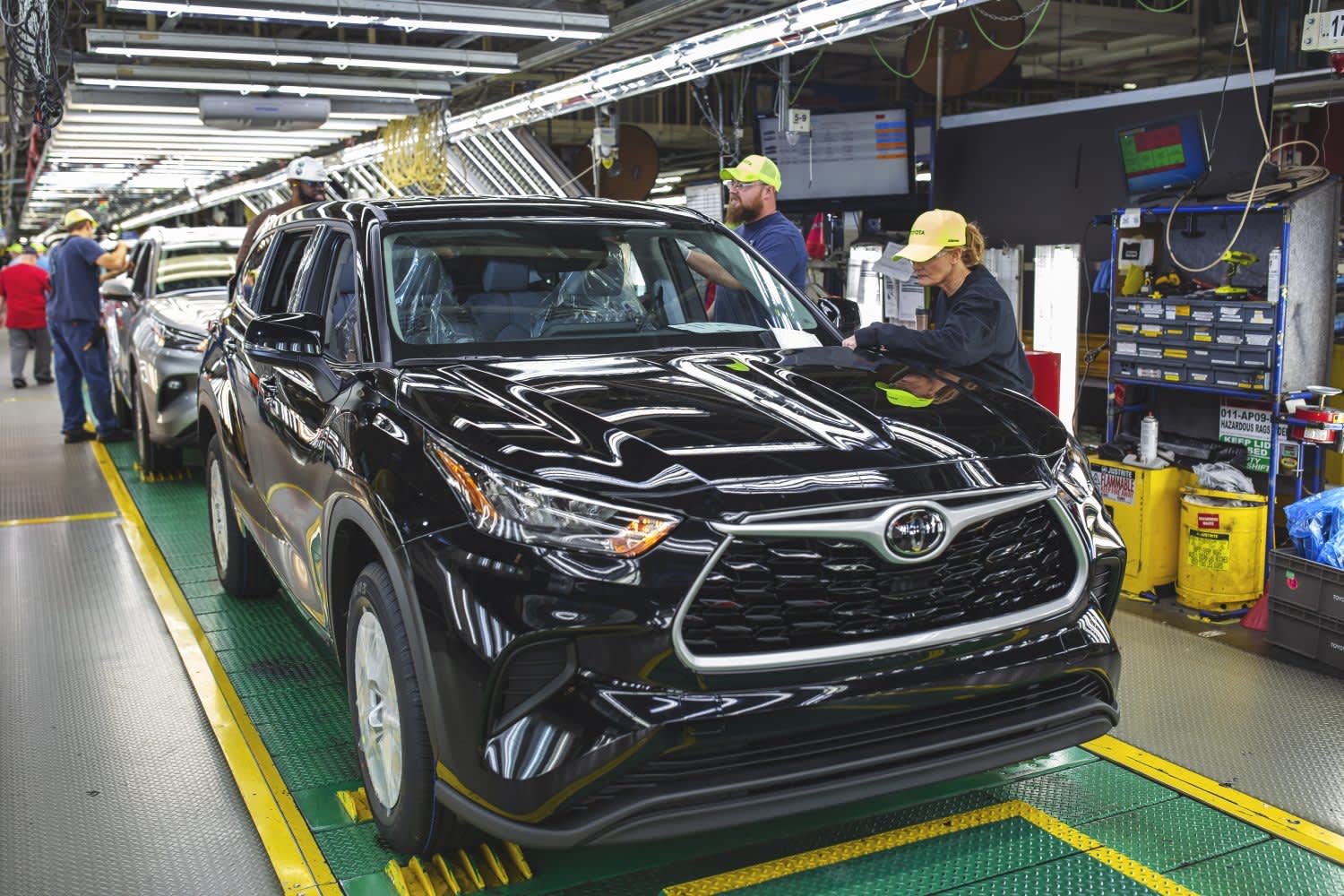 Check out the companies that make the headlines before the doorbell rings:

Toyota engine (TM) – The automaker cut its annual production target by 300,000 vehicles as factories in Vietnam and Malaysia were hit by the spread of Covid-19 and the ongoing shortage of computer chips. Toyota gained 1.1% in the premarket.

Endo International (ENDP) – Endo rose 19.1% in pre-listing sales after agreeing to pay $ 50 million to bring lawsuits from New York State and two counties over the drugmaker’s sales and marketing of opioids to solve.

Bausch health (BHC) – Bausch Health will pay $ 300 million to resolve an antitrust lawsuit related to the company’s diabetes drug Glumetza. Bausch has been charged with illegally maintaining a monopoly on treatment, with the price rising nearly 800% in 2015.

Wells Fargo (WFC) – Wells Fargo has been fined $ 250 million by regulators for saying the bank has made insufficient progress in resolving ongoing problems in the mortgage business. The supervisory authorities first identified these problems in an order from 2018. Wells Fargo shares were up 2% ahead of the launch.

Nielsen Holdings (NLSN) – Nielsen CEO David Kenny defended the ratings firm in a letter to television industry executives, saying Nielsen needed to move faster in adapting its rating systems to capture the shift in consumers from traditional television to streaming . The Nielsen share rose by 1.3% before the IPO.

Dave & Busters (PLAY) – Dave & Buster rose 7.9% in pre-trading after reporting quarterly earnings of $ 1.07 per share, well above consensus estimate of 58 cents. The restaurant and arcade chain revenue exceeded Wall Street forecasts, and Dave & Buster’s said it continues to see signs of recovery in its business. It assumes this will continue unless there is a significant downturn related to Covid.

American outdoor brands (AOUT) – American Outdoor Brands made an adjusted 48 cents per share for the fiscal first quarter, 8 cents above estimates. The manufacturer of outdoor leisure products benefited from higher profit margins and higher sales in both national and international markets. Full-year profit is projected to be $ 2.02-2.26, compared to a consensus estimate of $ 2.24. The share lost 5.4% in the pre-trading period.

Zumiez (ZUMZ) – Zumiez beat estimates by 23 cents with adjusted quarterly earnings of $ 1.02 per share, but revenue fell short of consensus view. The manufacturer of streetwear and action sports clothing gave no outlook due to the volatile market conditions and the share lost 5.3% in pre-market trading.

Sun run (RUN), First solar (FSLR) – Sunrun was up 2.8% in pre-trading while First Solar was up 1.1%. Sunrun was rated “Buy” on Needham’s new coverage and the company began reporting on First Solar with a “Hold” rating. Needham is optimistic about Sunrun based on its leading market position in the solar industry, while it has short term concerns about profit margin pressures on First Solar.