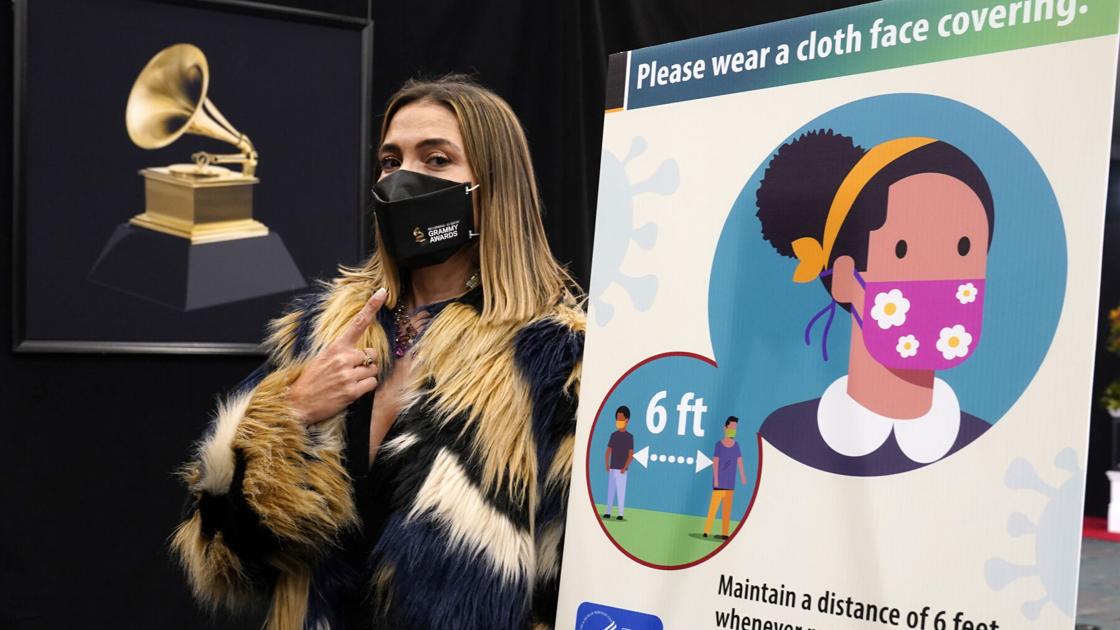 My cameraman uses a 6 foot boom mic to keep distance.

In a separate, cordoned-off area of ​​the centre’s largest hall, artists who would normally be crammed together in a squirming crowd on the Staples Center stage are instead using four separate stages facing each other so that artists performing together can stay away from the audience .

Outside the sprawling building, carpenters and technicians have built the stages that will serve as the turntable for the awards ceremony on Sunday.

The Grammys security and credentials protocol has always been very strict, but mouth swabs and thermometers have never been used. At the start of the show on Sunday, I’ll have five COVID-19 tests done in 11 days. If we get a negative (fingers crossed) result, we’ll get a credential, but we still have our temperature taken daily before we enter.

During a normal Grammys week, I would be all over town reporting on the crowded events that are part of the ritual, like the Clive Davis annual gala.

Anthony Hamilton, who appears on TV with Roddy Ricch and DaBaby, told me, “It’s almost like Mardi Gras in LA when it’s Grammy time.”

“I’m used to everyone being here at the same time,” he said when we were almost alone in the interview room. “A room full of people, all of your co-workers, every musician you ever wanted to see in the music, meet the media room and the people in the mall, walking around with all the different fashion houses and just having a good time, a big party. “