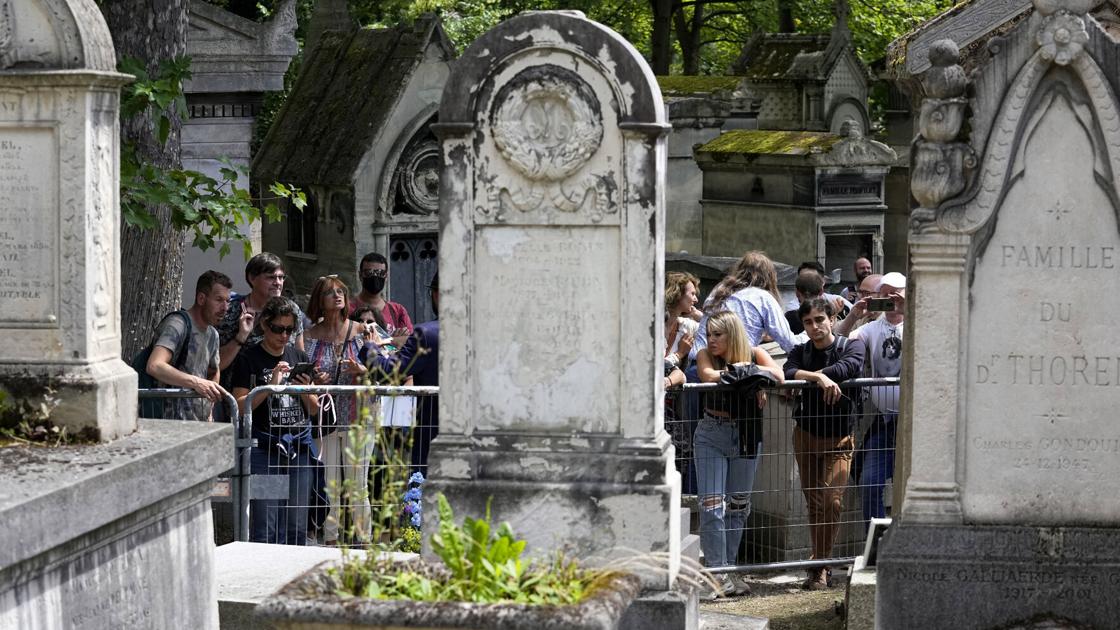 She has since moved to Paris and comes to Pere-Lachaise almost every year to photograph Morrison’s grave and his fans, many of whom have become friends.

“(It’s like) people sitting around on couches in someone’s apartment instead of in a grave just talking and meeting,” she recalls. “It was really nice … I still come as often as I can because it’s always so wonderful.”

Colleen Amblard drove seven hours from her hometown of Domancy in the French Alps to visit the tomb. The 21-year-old student told The Associated Press, “It is very emotional to be here, to remember Jim Morrison … to show that he has not been forgotten.”

“We recognize his talent and the fact that he was a brilliant person, he really was a genius,” she said.

Like many other fans, Amblard planned to visit other places Morrison spent time during his stay in Paris, from his apartment to the former nightclub where some say he died of a heroin overdose.

Born in Melbourne, Florida in 1943, Morrison was the son of a US Navy officer and moved constantly as a child, growing up in Florida, Virginia, Texas, New Mexico, and California.

He said he witnessed the aftermath of a terrible car accident on a Native American reservation as a child, an event that featured prominently in his later texts and poems. As an avid reader, he was heavily influenced by the philosopher Friedrich Nietzsche, the poet Arthur Rimbaud and the surrealist playwright Antonin Artaud.